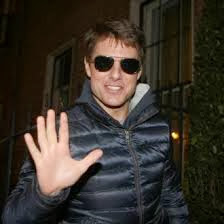 I thought it might be a good idea to help people tell the difference between Senator Ted Cruz, who led the recent shutdown of the Federal Government, costing $24 billion and harming the economy with actor Tom Cruise, who at least in recent years has exhibited other kinds of bizarre behavior.
Here are some differences between Cruz (pictured in the first photo) and Cruise (pictured in the second.)

While on the set of ‘All You Need Is Kill’ , a movie being shot in London, Tom Cruise had his daughter flown in so he could show her around.
While on the floor of the Senate, Ted Cruz read his daughters ‘Green Eggs and Ham,’ and missed the point.

Tom Cruise has played a jerk in several movies, including ‘Cocktail,’ ‘Jerry McGuire’ and ‘Rain Man.’ It seems to come naturally to him.
It comes naturally to Ted Cruz, too.

Tom Cruise flew a fighter jet in ‘Top Gun.’
Ted Cruz supported the sequester, which has grounded all the fighter jets flown by the Navy Blue Angels and the Air Force Thunderbirds.

Tom Cruise, in a 2006 interview with Parade Magazine, described his father as ‘a merchant of chaos.’
Ted Cruz fits that description.

Tom Cruise gave nothing other than expenses for Suri to Katie Holmes in their divorce agreement.
Ted Cruz helped make sure that in the end Republicans had such a weak hand that they got nothing other than $3 billion for a dam in Kentucky in their agreement to reopen the government.

Tom Cruise once appeared in ‘Interview with a Vampire.’
Ted Cruz’s shutdown helped suck the blood out of the economy in a lot of places around the country.

Via Perii Maestas Calles:
Tom Cruise is a dramatic actor.
Ted Cruz is a comedic actor.
Posted by Eli Blake at 8:36 PM No comments: