All Hat, no Cattle 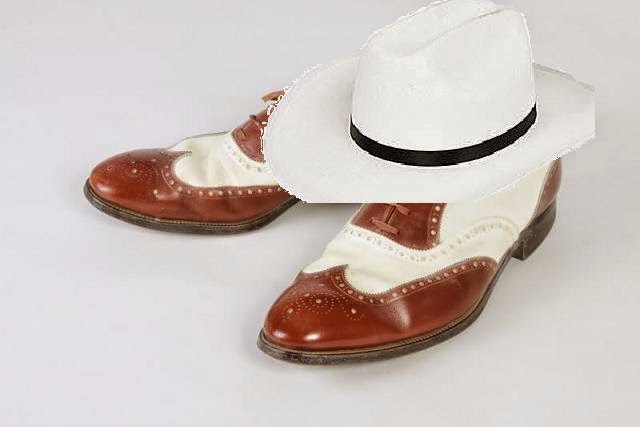 Have you ever had the experience of hearing somebody claim to be the exact opposite of what they are?

It can be jarring, but that's hardly surprising from Andy Tobin, the speaker of the Arizona legislature. Tobin has been wearing a new hat lately to try and convince voters in CD-1 that he fits into rural Arizona despite the fact that he doesn't actually live in the district and spends most of his time in Phoenix.  So I suppose I shouldn't have been surprised to hear Andy Tobin tout his 'bipartisanship' in a debate this week with Congresswoman Ann Kirkpatrick. He even had a statistic, claiming that 90% of what was passed by his legislature was 'bipartisan.'

In fact, if you were to lift the brim up and take a peek under Andy's new hat you will find a baldly partisan speaker.    Democrats have routinely been shut out of negotiations, denied the opportunity to offer amendments either in committee or on the floor,  and even been cut off to prevent them from speaking on legislation.

As for the 90% number, it is little secret that most bills passed by any legislative body are non-controversial, and will be passed unanimously or nearly unanimously.  Typical of this type of bill might (just for example) be HB 2307 clarifying the rules for driving golf carts.  It passed the House (and Senate) unanimously, as did numerous technical clarifications, memorials and resolutions (after all, who would vote against HR 2008, designating the first Friday in September as ovarian cancer awareness day?)

Counting these sorts of bills helps mask the truly partisan nature of the Tobin legislature.  All of the important bills (such as HB 2305 last year, the voter suppression bill, or SB 1062 which would have allowed discrimination on the grounds of 'religious freedom' or the past few years' budgets which slashed hundreds of millions of dollars from education) you would find that all of them were written and sponsored by only Republicans and passed with only Republican votes. Which is exactly the way Andy Tobin wanted it.  As Speaker he had the right to hold a bill or get everyone on board but he put those bills on the floor anyway for a strict party-line vote. He does have that right since his party controls the legislature and he controls his party, but don't call him 'bipartisan' because he is NOT bipartisan. Not at all.

If you want 'bipartisan' where it counts, then look at the congresswoman he is trying to replace, Rep. Ann Kirkpatrick.  As most people know or should know, Kirkpatrick has put aside differences with Republican congressman Paul Gosar (the man who defeated her in 2010) and worked on moving a mine project forward that promises to deliver thousands of jobs.  Recently, in a Congress that is so warped by partisanship and divided control of the government that it has literally set a record for getting very little done (no Congress back to the founding of the Republic has passed into law fewer bills) it was Ann Kirkpatrick who became the first member of the Arizona delegation to do the ridiculously hard work of writing a bill that both parties could sign onto and shepherd it through the house and the Senate so that it eventually could be signed by the President. The bill improves service at the Veterans' Administration.  In the past, that might not have been that hard to pass but this year, with everything as a political football, it shows Rep. Kirkpatrick's doggedness and determination to do the work to get something done instead of political posturing. More recently, Rep. Kirkpatrick issued a press release  opposing publically the EPA's new proposed regulations on coal burning power plants.  And while Rep. Kirkpatrick has continued to support the Affordable Care Act, she has been among the first to suggest that it can and should be improved.

Further, some may recall that Republicans made commercials saying that Kirkpatrick voted '88% of the time' with Nancy Pelosi.  This is the other side of the coin we referred to above in regard to Andy Tobin's claim that his legislature is '90% bipartisan.'  Congress too, passes a lot of non-controversial bills over stuff like naming post offices or remembering somebody's service (I wonder if  a vote to adjourn is counted in their 88% statistic?)  But on the bills that Ann Kirkpatrick has differed on, they are substantive bills, but bills that matter to the district (for example she opposed bank bailouts and cap-and-trade legislation because this is a district where energy production is a lot more important to the local economy than Wall Street.)

And therein is the difference. Does anyone expect that Andy Tobin will reach across the aisle on VOTES THAT REALLY MATTER?  I don't.  Ann Kirkpatrick however does have the courage to do so when it will benefit her constituents.