The Last Casualty of the Civil War-- was it Lincoln? 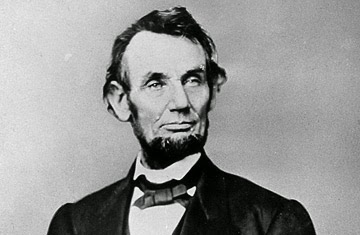 A century and a half ago, this very night, Abraham Lincoln was martyred.  John Wilkes Booth, a leading actor of his day, had shot the leader of the United States as he sat in his booth watching a play, "My American Cousin."  The act shocked the nation, just five days after Lee's surrender at Appomattox courthouse had signaled the end of the Civil War.

For this reason, Lincoln has sometimes been called "the last casualty of the Civil War,"  a label perhaps immortalized the most strongly by Rod Serling, the creator of the "Twilight Zone."  In one of its most famous episodes, called 'the Passerby' a widow first meets a young soldier walking on the road and learns he has died in the Civil war, then meets Lincoln and learns he has also died.


It is certainly symbolically appropriate to call him the last casualty of the Civil War, but is it accurate?

No, it is not, except that Lincoln perhaps has as much claim as many others, for there are many ways to define who was the last casualty of the war that perhaps it can be argued, the United States itself is to this day still a casualty of.

On May 13, 1865, the battle of Palmito Ranch was fought, between small groups of soldiers who had yet to lay down their arms, in South Texas. Most of the dead died quickly, but Indiana Private John J. Williams was only mortally wounded and died hours later on the battlefield. So some historians consider Williams the last casualty of that war.
Six days later however, on May 19, 1865, there was a small skirmish between former confederate soldiers who were described as ‘unrepentant rebels’ and a union force lead by Lt. Joseph Carroll, at a place called Hobdy’s bridge in Alabama. One member of the force, Corporal John W. Skinner was killed in that fight and can also lay claim to being the last casualty of the Civil War. However, three of Skinner’s comrades who were wounded in the same fight, were later denied pensions on the basis of a claim by the government that the war was over and they were not eligible for pensions for injuries received during ‘peacetime.’
Was it confederate Major Henry Wirz, the commander of the notorious Andersonville prisoner camp, who was hanged on November 10, 1865 after being found guilty of what we would today refer to as atrocities? You could make that case.
In fact, if we consider hangings, a case could be made in relation to the notorious family feud between the Hatfields of West Virginia and the McCoys of Kentucky. Asa Harmon McCoy (in contrast to some other members of his family) joined the Union army. When he was injured in the war he returned home, but as a returning union soldier was murdered by pro-confederate members of the Hatfield family. The feud sprang directly from the civil war, so a case could be made that the last casualty of that war was Ellison Mounts (a Hatfield,) who was hanged on February 18, 1890 for the murder of Alifair McCoy.
Or, was it Sam White of Chesterfield, Virginia, who died on February 18, 2008 (118 years to the day after the hanging of Mounts) while trying to restore an unexploded Civil War cannonball? There are still to this day hundreds or perhaps even thousands of unexploded shells from that long ago conflict buried in the eastern U.S. And there is no guarantee that White is the last casualty if you count him as one, either.

And so perhaps that brings us back to the present day. It is sometimes difficult to separate fact from fiction, but especially in learning our history, we must try as hard as possible to do so.
Posted by Eli Blake at 6:36 PM 2 comments: