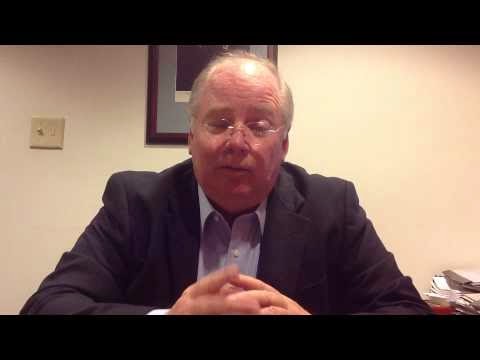 I’ve been following the recent controversy over Cliven Bundy, and there is one politician in particular who has completely unimpressed me, and it’s hardly the first time:  Arizona House Speaker Andy Tobin.


Speaker Tobin just two weeks ago issued a strong statement of support for Bundy, a deadbeat rancher who has not paid grazing fees for twenty years, in his standoff with the BLM.   He left no doubt that he supported Bundy,  in the process working hard to appeal to the militia extremists who advocate armed resistance to the federal government.


But the past two days, Bundy’s racist comments have drawn a lot of criticism, and across the political spectrum.  As has been widely reported, Bundy, who apparently has been enjoying his fifteen minutes of fame so much that he’s attempted to drag it out with daily news conferences since the standoff ended, finally revealed himself during one of them when he said that blacks (who he referred to by the obsolete and offensive name, ‘negroes’) should be ‘picking cotton’ and were better off as slaves because then they had a ‘family life’  (well if you consider being selectively bred with whoever the slaveowner decided, or having yourself or members of your family sold out from under you ‘family life,’ I guess. ) And Bundy, when asked to clarify his remarks, instead doubled down on them, when he repeated essentially the same quotes  as what he thinks about when he drives by houses with open doors in Las Vegas.  Since he said the same thing twice, it is clearly no minor slip of the tongue, but rather it is who he is.


So what did Speaker Tobin do? Did he condemn Bundy’s remarks or try to distance himself from them?


So is this the only time Tobin has exhibited poor judgement and then instead of condemning what ought to be condemned, just clammed up and tried to fade into the background (despite being one of the most powerful politicians in the state) and hope nobody will notice his silence?


Sadly, no.  Recently Andy Tobin brought SB 1062 to the floor of the House for a vote, and  supported it.  SB 1062 you may recall, was the divisive bill that would have allowed businesses to discriminate against anyone they saw fit to discriminate against by claiming a ‘religious exemption’ to both state and federal anti-discrimination laws. In practice, this law would have allowed businesses to discriminate in particular against gay couples.   Again, Andy Tobin didn’t see why this was a bad thing. First, he brought it to the floor of the house.   Then he voted for the bill.


Of course SB 1062 immediately engendered a torrent of criticism, not only from those targeted by the bill, but by many others and in particular the business community.   Businesses in Arizona remembered very well the damage to the economy and reputation of the state from SB 1070 several years ago and did not want a repeat (especially with the obvious economic target and a threat by the NFL to move the Super Bowl next year out of Arizona.) Three members of the legislature admitted that they had made a mistake in supporting the bill and urged Governor Brewer to veto it, which she did.


Andy Tobin, however? Nowhere to be found. He said nothing about SB 1062 when it became controversial, either supporting his own vote, or joining the members who said their votes had been a mistake.  He was quiet as a mouse.


This willingness to take the most extreme positions and then say nothing when others who have taken them get into trouble would be bad enough in a Speaker (a position that exerts leadership.)   But now Tobin wants to go to Washington.  No, he is not running for Congress in his district. Tobin is a resident of CD-4, but he has decided to run in a district he does not live in, CD-1.  Of course carpetbagging is nothing new to Republicans in the district; For years rural Arizona was represented by Rick Renzi, a Virginia resident who bought (but  only stayed in during infrequent campaign trips) a home in Flagstaff. Renzi was later convicted of a number of felonies and sentenced to three years in prison, but it hasn’t stopped the GOP from nominating Phoenix resident who owned land in Munds Park Sydney Hay and Tucson resident who moved to Marana Jonathan Paton in previous years. I guess they think to represent rural northeastern Arizona you don’t  actually have to live in rural northeastern Arizona.


This relates to the Bundy situation as well, I might add. I know a number of cattle ranchers. They certainly do have their issues at times with the federal  government, but all of them pay the grazing fee. Mr. Bundy is nothing but a deadbeat who does not pay his taxes, and most ranchers do appreciate that. But apparently living in the more urban enclave of Prescott, Tobin doesn’t realize this. He might if he lived in the real CD-1.


It gets worse though.  As a candidate for Congress, Tobin was asked about the Paul Ryan budget that a lot of Republicans in Congress are on record as supporting.  The budget makes big changes and ultimately big cuts in Medicare, Medicaid and Social Security,  trying in particular to replace Medicare with a privatized system of partially subsidized health care, where the government would help seniors pay part of the cost of private insurance from an exchange.


Yeah, I know.  If you follow GOP Congressional logic, private exchanges with partial government subsidies are better  than Medicare.  But, private exchanges with partial government subsidies (the heart of the Affordable Care Act) are worse than having no insurance.  So put those together and you have to wonder how long it will be before they just say that having no insurance is better than Medicare.


So as a potential member of Congress, Tobin was asked about the Ryan budget.  You can listen to his response here:  Andy Tobin not answering the question.


I suppose you might argue that he’s a politician and politicians are always cagey.  But that is not so. Ann Kirkpatrick, the congresswoman Tobin seeks to replace, has been quite clear that she opposes the Ryan budget. Further, she also took on a President of her own party when she said she would oppose any cuts to the Medicare Advantage program,  which helps seniors who need or want it to purchase higher quality medical insurance than just what they would get directly from Medicare.   Based on his failures so far to take a position when things get tough, are you optimistic that Andy Tobin would have the backbone to confront his own President or house leadership if his own President or house leadership was wrong?   That’s why we need Ann back—she’s not afraid to make the tough call and reach across the aisle sometimes if she sees it’s in the best interest of CD-1.


Maybe the most telling example of why Andy Tobin is unfit to lead the district is found in  the budget he helped negotiate .  It does two things that harm rural counties a lot. The first is to include a tax cut that takes money away from counties.  We know that counties are already understaffed.  As I alluded to in my blog post about serving on a Grand Jury,  some of the court cases we got were years old. Hard to see how laying off more people will make that kind of backlog anything besides worse.   The second is to CUT funds from rural highways and divert them to urban districts.   So much for somebody who seeks to represent you. He apparently doesn’t know how bad some of the highways here can get, or doesn’t care. Do you really want a CONGRESSMAN who shows a similar disregard for the needs of a district he doesn’t live in?
Posted by Eli Blake at 10:51 PM 1 comment: